Travel in the USA experts

We’ll take you on a journey anywhere in the USA and start exploring state capitals and natural wonders of the beautiful country.

What We Provide You Take a peek at some of the current vacations we have planned! Butte's gold rush past is evident in its vintage signs, historic buildings and numerous trolleys and tours devoted to the memory of mining days. Its historic landmark district boasts some of the country's best collections Omaha is Large and home to some of the Largest places on earth. You'll want to make this a stop while visiting the mid-West...Lincoln has the largest artifacts of roller skates in the nation! Surprise!! To think about the old skates with keys, inline skates, hockey skates, etc., It is wonderful someone is being attentive to the history. Interesting fact - the US National Championships for ROLLER sports is also in Lincoln, NE. Thus, the museum focus. Reno is in the western part of the state near the California border. What the city lacks in glitz it more than makes up for in attractions and amenities. There are first-rate hotels, golf courses and casinos - as well as ski slopes. 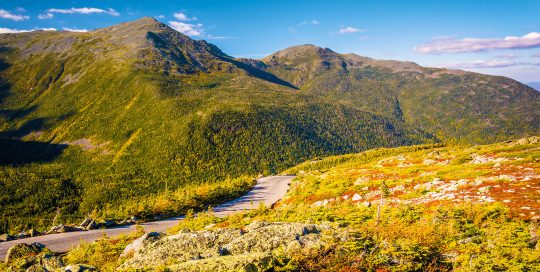 Portsmouth is a port city on the Piscataqua River. Nearby, the 1855 North Church presides over downtown’s Market Square; Prescott Park has beautiful riverside gardens and plenty of boat docks. Northwest of Portsmouth is the former research submarine USS Albacore - it resides in a nearby park. Los Alamos is a town in New Mexico that is recognized as the birthplace of the atomic bomb––the primary objective of the Manhattan Project by Los Alamos National Laboratory during World War II. The Finger Lakes is named for its series of long, thin lakes, and known for its vineyards. On Cayuga Lake, the city of Ithaca is home to Cornell University and its Johnson Museum of Art, showing ancient and modern art in an I.M. Pei–designed building. The surrounding area is marked by high gorges, many with dramatic waterfalls, including Taughannock Falls and Buttermilk Falls. Charlotte, North Carolina is often called the City of Champions. Visit to find out why. Fargo is where the Plains Art Museum exhibits regional and Native American works in a revamped old warehouse. Modern and vintage are spread over two hangars. Cheer your favorite N. Dakota football team in the Fargodome, then visit the Red River Zoo. Cincinnati is experiencing another boom, this time in its historic Over-the-Rhine district, which is being transformed with significant investments in infrastructure. Changes include a new streetcar that connects downtown to the neighborhood, and an expansion of the district’s art scene. Tulsa is a city on the Arkansas River, in the U.S. state of Oklahoma. It’s known for its art deco architecture, mostly in the central Deco District. Landmarks like the Philcade and Philtower buildings reflect a 20th-century construction boom fueled by the prosperous local oil industry. The Philbrook Museum of Art is housed in an Italianate villa that was once the home of a local oil magnate. The origins of Salem’s name are the subject of some debate. Some historians believe its name is biblical in origin, borrowing the last five letters from the word Jerusalem, and serving as an Anglicized version of the Hebrew word shalom, meaning “peace.” Others believe it was named by missionary David Leslie, who named the city after his hometown, Salem, Massachusetts. Either way, Salem was officially named in 1850. Harrisburg began as a ferry stop and trading post, run by John Harris Sr., and colloquially known as Harris Ferry. Briefly renamed Louisbourg after Louis XVI of France, the town's founder (and son of John Harris Sr.) John Harris Jr. insisted the town be renamed after his father, the first white settler in the region—and so, Harrisburg was founded. Puerto Rico - Spanish for "Rich Port" - is an archipelago in the Caribbean Sea that offers year-round great weather with over 300 beaches for nature lovers to choose from. Among the island's allure is the only subtropical rainforest in the US - El Yunque, where exuberant flora and fauna, as well as rivers and hiking trails make it a great attraction for adventure seekers around the world. Providence was founded by Protestant pastor Roger Williams in 1636, and the name means “divine care.” Williams was a campaigner for religious liberty and had been expelled from the Massachusetts Bay Colony for his radical religious and political beliefs (he argued for the division between Church and State). Williams and his followers purchased the settlement from the Narragansett Indians, and Williams named it in gratitude to “God’s merciful providence unto me in my distress.” He later said, “I desired it might be a shelter for persons distressed of conscience.” Columbia is the feminized version of Columbus, and was named to honor explorer Christopher Columbus. Columbia became South Carolina’s capital in 1786, and, apparently, there was significant disagreement over what to call the new city. The other contender in the debate? Washington. One 1932 historian observed, “There seems no reason for the name ‘Columbia,’ except that it was, at that time, popular.” ready to head to the Ingalls' Homestead to continue "living like Laura?" The tour guide takes you all over the town as well as many different parts of the county side to explore things related to Laura Ingalls Wilder that you won’t be able to find otherwise. One of the favorite parts is being able to get out and walk alongside the Silver Lake and around the Cemetery. The Grand Ole Opry, an American Icon and Nashville's number one attraction, is known for creating one-of-a-kind entertainment experiences for audiences of all ages. It's where unforgettable moments happen every week...moments like the night Trace Adkins revealed a tweet inviting his pal Blake Shelton to become a member of the Opry. San Antonio was founded in 1718 when Spanish settlers built the Mission San Antonio de Valero, today known as the Alamo, along the San Antonio River. Park City lies east of Salt Lake City in the western state of Utah. Framed by the craggy Wasatch Range, it’s bordered by the Deer Valley Resort and the huge Park City Mountain Resort, both known for their ski slopes. Utah In town, Main Street is lined with buildings built during a 19th-century silver mining boom. Burlington is a city in northwestern Vermont, on the eastern shore of Lake Champlain, south of the Canadian border. Downtown, shops and restaurants line pedestrianized Church Street Marketplace. On a hilltop overlooking the city center is the University of Vermont, founded in 1791. Its campus is home to the Fleming Museum of Art, showcasing international art.

Richmond, Virginia was given its name by William Byrd II who, upon looking out at the James River from atop Church Hill, thought the region looked a bit like Richmond-upon-Thames in Surrey County, England. Olympia, Washington was named after the nearby Olympic Mountains, themselves named for Mount Olympus of Greek legend. The mountains were named in 1788 by explorer John Meares, who exclaimed, “If that be not the home where dwell the Gods, it is beautiful enough to be, and I therefore call it Mount Olympus.” The signing of the Residence Act on July 16, 1790, approved the creation of a capital district located along the Potomac River on the country's East Coast. The U.S. Constitution provided for a federal district under the exclusive jurisdiction of the Congress and the District is therefore not a part of any state.